Now we all know the well know convicted kidnapper Evan lee Jensen. and how he bullies,stalks and harasses people,

this time it would seem as if his own police department is indeed in the line of fire.

Now this came about when Judi had gotten some photos off the Face book page of Evans after he has stated he was going to shoot people. please see the photos that Evan him self posted on this Face book time line. 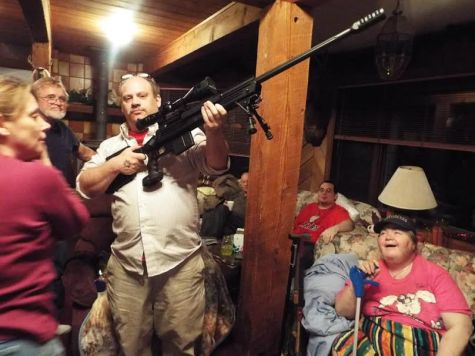 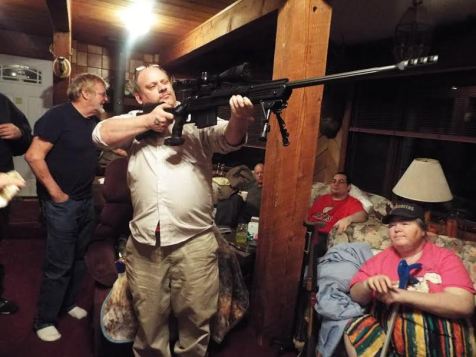 Now being a convicted felon he is not to have and gun in his possession. or even hold guns. so for him to post this was a violation of the law.

so yes we called the police. and informed then about this 1- being he can not even hold a gun. and 2- this kind of gun is not legal in America.

the police stormed his house as they should have. being what has been going on with our men in blue being gunned down lately, by just this kind of gun.

Evan then as we all know he does lied to the police. and said that Carol and Judi Photoshop the photo.

but the police know it was indeed the real thing. thanks to Darlene who found the photo on his wall with the info on it to show it is a real photo. 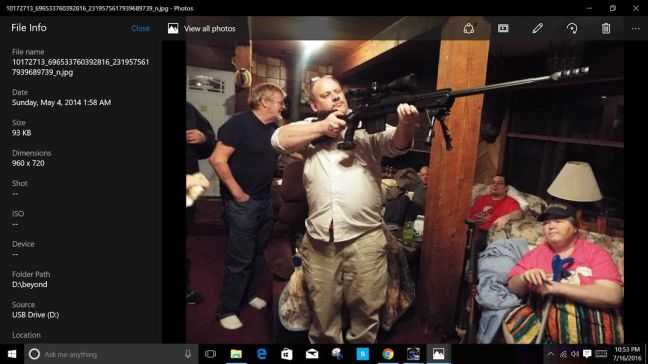 Now Evan after finding out this is indeed going to the DA’s to be prosecuted. FLIPPED out. made at now the police. 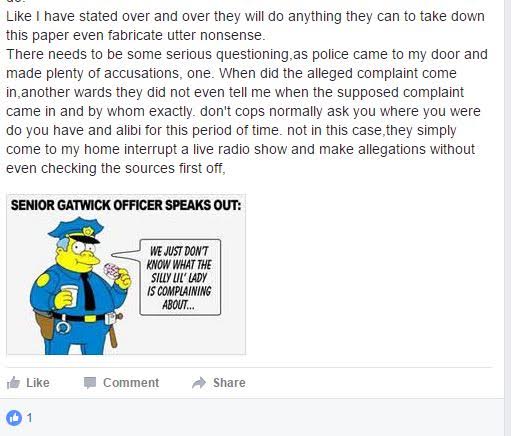 now the thing is Evan is now looking at going back to prison. and yes there is a case number. and we will release that as soon as we can.

now why you may ask did Evan go on this fit? you must understand for Evan this could land him right back in prison. So as Evan all ways does he has to have some one to blame. this time it just happens to be the police……

Evan has never taken responsibility for anything in his life that he has done wrong.I have said it for years now his Ego will land him right back in prison someday. and sure enough it looks like it will.

One would ask why would Evan do something like this when he knows there are 50 plus victims watching his every move. waiting for him to do something agents the Law.

what he just does not understand is there are many of his victims ready to stand united and see justice be done. now just one but 50 plus……

we will be keeping every one posted. on this as new info comes in.